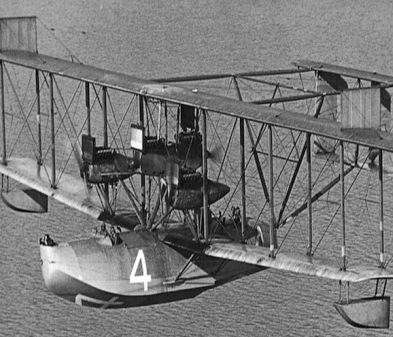 Lt. Commander Albert Cushing Read and a five-man crew took off from the Rockaway Naval Air Station in a U.S. Navy Seaplane NC-4, referred to as a “flying boat” at the time, on May 8, 1919. Six stops and 23 days later, they landed in Plymouth, England, and into the history books.

It was the first aircraft to cross the Atlantic Ocean.

Humans had been considering transatlantic flight since the invention of the hot-air balloon in the 18th century, and this trip made international headlines.

The exhibition, which features storyboards telling the tale of the epic voyage, opened on May 3, and it’ll be on display until June 2. Admission is free, and gallery hours are 10 am to 4 pm. (As Studio T-7 is located in the Gateway National Recreation Area in Rockaway Point, public transportation is difficult.)

Editor’s note: A few weeks after this historic feat, British aviators John Alcock and Arthur Brown made the first non-stop transatlantic flight in June 1919. Then about eight years later, Charles Lindbergh made the first successful, non-stop solo flight across the Atlantic Ocean.