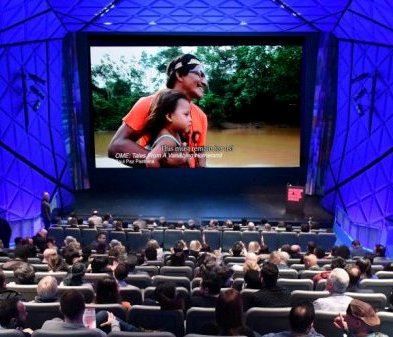 Let the numbers do the talking. More than 200 movies from 31 nations with 16 world premieres over 11 days. Then add 79 pieces by women, 14 with LGBTQ themes, 15 by Asian filmmakers, and six by kids for kids.

Now let the words back it up. The Queens World Film Festival will run from Thursday, March 21, through Sunday, March 31, and all screenings will take place at two locations in Astoria’s Kaufman Arts District: Museum of the Moving Image at 36-01 35th Ave., and Zukor Theatre on 35th Street between 34th and 35th avenues.

The films range from 31-second shorts to two-hour-plus features. They are arranged into thematic blocks, including “Animate This,” eight cartoons of varying lengths; “Environmentally Speaking,” six pieces on green issues; “Exciting Greek Work,” five ditties inspired by the land of Zeus and Hera; “Old Boys,” six movies that focus on senior men; and “Shades of Funny,” five comic tales.

Attendees can simply choose the blocks they want to watch. They average about 2.5 hours each.

General admission is $15 with $4 discounts for seniors and students and $6 discounts for children ages three to 17. A full festival pass costs $180.

As per an ongoing tradition, QWFF will give three Spirit of Queens awards this year. Two are for Nancy Kelly and Kenji Yamamoto, whose restored 1991 film “Thousand Pieces of Gold” will show on Tuesday, March 26. Two of the stars, Rosalind Chao and Michael Paul Chan, will attend.

The third honoree is David Schwartz, who recently stepped down after 33 years as the Museum of Moving Image’s Chief Curator. One of his all-time favorites, “In the Soup,” is set for Thursday, March 28, with director Alexandre Rockwell in attendance.

Over the last eight years, QWFF has shared more than 1,000 films from more than 70 nations, while attracting an estimated 10,000 attendees. The 2018 version featured 189 mvoies from 36 countries, including 65 by female directors.

“We literally have something for everyone,” said Don Cato, who founded QWFF with his wife, Katha Cato, nine years ago. “This year’s submissions increased by 34 percent, and QWFF programmers screened 814 films from 55 nations [to chose the 200-plus that are in the festival this year].” 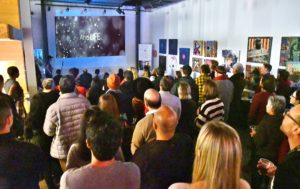