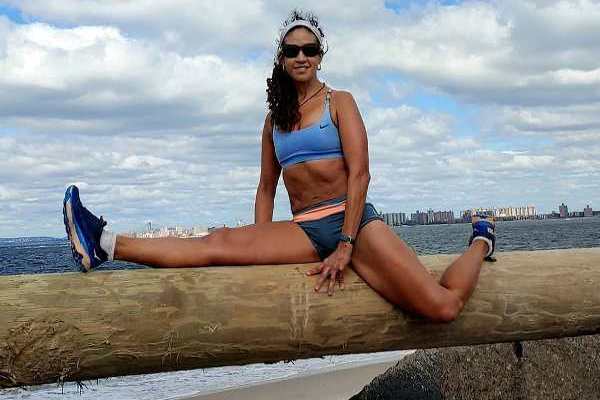 If she reaches this goal, this daughter of Colombian immigrants will be the first Queens resident – and the first Latina – to conquer the Seven Summits, which are the highest peaks in each of the world’s continents. Climbing all of them – known as “Hitting the Explorers Grand Slam — is considered to be hiking’s biggest achievement. Only about 350 people have completed the Seven Summits. The first one was Richard D. Bass, who owned Utah’s Snowbird resort, on April 30, 1985.

Sounds like a major challenge, but that’s the way Alcivar rolls. When not bouncing around mountain tops, she practices martial arts, runs marathons, completes triathalons, does adventure races, stars in fitness commercials, and works as an EMT. That’s nothing compared to her youth, when the two-time Golden Gloves champion boxed first as an amateur and then professionally with the nickname “Boom Boom.” (Her record as a pro is 8-4 with three knockouts in the Flyweight and Superflyweight categories.)

“Part of my attraction to extreme sports is related to boxing,” stated Alcivar, who works as a Bilingual Program Coordinator for LatinaSHARE, a national organization dedicated to helping women affected by breast, ovarian or uterine cancer. “In both cases, it’s you against a tough opponent, and you have to find your inner strength to survive. I’m not a millionaire or super athlete, but I believe that I was blessed with an indomitable spirit, and I love the challenge. Plus, I really want to inspire other women to chase their dreams.”

These trips are expensive, of course. So Alcivar, who trains in the Catskills and the Adirondacks, hopes that a Queens-based business will sponsor her to defray the costs. Mountaineers usually reserve a spot to scale their targets at least a year in advance so she’s working on a Denali trek this summer. Then she’ll set her sights on Everest.

She’s open to all good-faith negotiations. Find out more information and contact her via the Climbing for a Dream website or at climbingforadream@gmail.com. 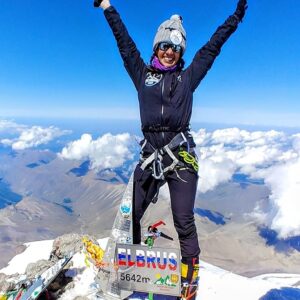