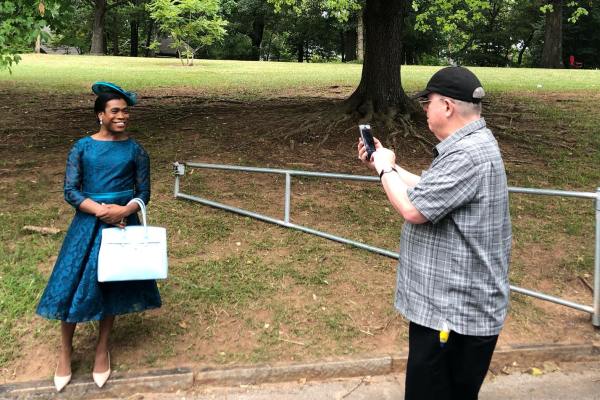 Queens Theatre is celebrating Pride Month with special LGBTQ performances. (They actually run into the next month.)

The Stonewall Legacy Project consists of five unique virtual events that will zoom on Thursday nights at 7 pm in June and July. They’re all free, but RSVP is required.

The first one is a screening of The Duchess of Grant Park on June 17.

This documentary is a love story about Atlanta’s Grant Park, which transgender artist Ava Davis considers her personal duchy. As the story advances, the audience learns more and more about this self-appointed royal, her history, her LGBTQ activism, and her connection to the neighborhood.

The Digital Drag Project is next on June 24.

A live solo show, Invisibility: A Journey of Pasta, Prayer, Protest, & Peru, is on July 1.

Richard Cardillo pokes fun at his childhood in a large Italian-American family and his young adulthood as a monk in a Catholic monastery before getting into his coming out as a gay man and his 10 years working and learning in Peru.

The entertainment continues with another live show, Second Helping, on July 8.

Part comedy, part tragedy, Kelli Dunham rifts on how her (their) extreme mid-western reliance met the death of two partners in a row.

The series finishes with Queer Latinx Short Films by Dominic Colón and Francisco Cabrera-Feo on July 15.

Colón’s Crush, which is celebrating its 10th anniversary, leads off. The short, which won the 2011 HBO Short Film Script Competition, depicts a closeted Latinx kid from the Bronx who comes out to his crush during prom. Colón’s other popular short, Skin, is about a gay Latinx man who’s scared to have sex with his boyfriend without a shirt on due to extreme weight loss.

The Cabrera-Feo pieces are Yunior, which is about a deeply closeted teenage boy who meets a confident-and-out gay male, and Por Ti, which follows a closeted youth who realizes he might not be the only family member who’s hiding the truth. 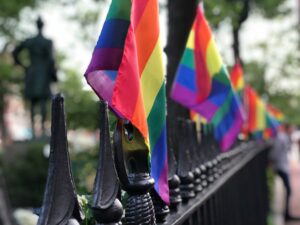 Images: The Duchess of Grant Park