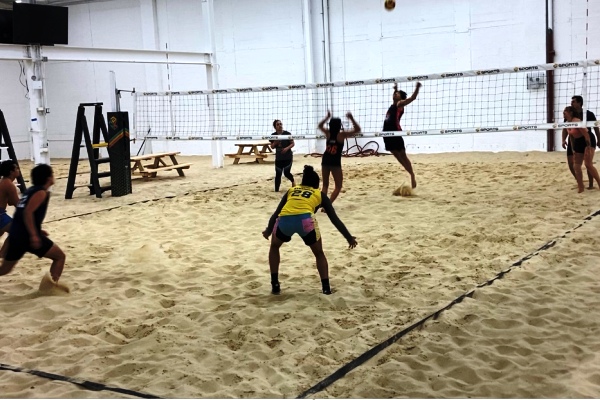 Looking for the best sand volleyball in NYC? Head to LIC!

Located at 41-20 39th St., QBK Sports hosts year-round volleyball for all skill levels with junior development programs and adult and junior clinics, as well as competitive leagues and tournaments.

The rules are watered down in the Beginner Coed 6×6 League, so participants can learn the basics while keeping the rallies going. Two or more women must be on the court at all times.

The Intermediate 4×4 Coed Leagues are for those who have a good handle on the basics. Games are exciting and competitive, and at least one woman must be on the court at all times.

The Advanced Coed 4×4 League features players who pass, set, and spike with a fast pace. Again, at least one woman must be on the court at all times.

QBK Sports is the brainchild of Leon Dubov, a Brooklyn-based hedge fund manager and entrepreneur. Kevin Edwards is the Director of Programming and Head Coach. He played on the junior national volleyball team in his native Trinidad & Tobago.

The facility is across the street from the Alewife brew pub. It’s about three blocks from the 7 train’s 40th Street-Lowery station. 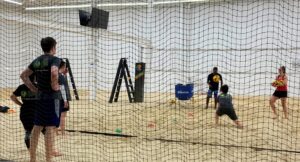