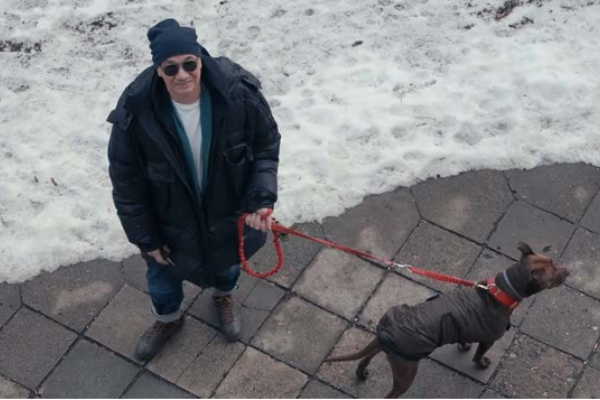 The creator of more than 20 award-winning documentaries, Paweł Łoziński is known for capturing the intimacy of his subjects’ lives, especially their breakthrough moments and personal confessions.

The Polish director’s next stop is Queens, where Museum of the Moving Image will host an eight-film retrospective on him from Friday, Dec. 2, to Sunday, Dec. 4.

And he plans to attend each one.

The lineup ranges from one of his earliest works to his most recent and includes his fascinating 2013 collaboration with his father, Oscar-nominated director Marcel Łoziński, and one of his father’s films.

Tickets are $15 with discounts for seniors, students, and youth. Most films are in Polish with English subtitles.

The Balcony Movie (6:30 pm) was shot entirely from Lozinski’s balcony in Warsaw. Elevated from the street and armed with just his camera and boom mic, he engages strangers and friends, old couples and young mothers, commuting workers and ex-convicts.

Birthplace + Sisters at 1 pm. Birthplace (47 minutes) follows a Polish-born American who lost much of his family in the Holocaust as he returns to his childhood village. While visiting locations where his father and younger brother were seized, he encounters former neighbors who claim to have little memory of what had transpired there. Sisters (12 minutes) depicts two elderly sisters as they walk inside their city-block’s courtyard.

The Way It Is + The Ukrainian Cleaning Lady at 2:30 pm. The Way It Is (58 minutes) explores a year in the lives of Łoziński’s Warsaw neighbors, particularly a former caretaker who lives in a makeshift hovel next to a garbage disposal. He survives thanks to a disability pension and scavenging. The Ukrainian Cleaning Lady (20 minutes) is an intimate portrait of Łoziński’s cleaning lady, a single mother who left her native Ukraine seeking a better life. She labors, sings, and takes Polish lessons from Łoziński while radiating good humor, endurance, and unguarded melancholy.

How It’s Done (4:15 pm) looks at Piotr Tymochowicz, a media advisor to some of Poland’s top politicians. For three years, Łoziński follows a group of inexperienced candidates whom Tymochowicz is training.

Chemo (1 pm) captures patients in an oncology clinic where they receive chemotherapy.

Father and Son (2:30 pm) is the previously mentioned film on Łoziński and his father, Marcel. They go on a road trip from Warsaw to Paris. For the father, it’s a journey into the past, between two home cities. For the son, it’s an attempt at connection, a critical review of their often difficult relationship.

You Have No Idea How Much I Love You (4 pm) documents a psychotherapeutic encounter between a daughter, a mother, and a therapist.

“Łoziński’s nonfiction films don’t merely observe; they lean forward, they inquire, they connect,” stated MoMI Curator of Film Eric Hynes. “These engagements, inquiries, and seemingly casual encounters are energized by the filmmaker’s formal rigor…Yet these films are anything but clinical or predetermined. His practice assumes limitations and imperfections that can be accepted, fought, or worked around.”

MoMI is located at 36-01 35th Ave. in Astoria’s Kaufman Arts District. The retrospective is co-presented with the Polish Cultural Institute in New York. 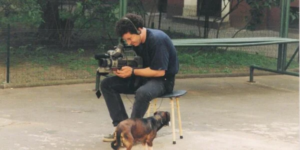