#InTheLoop | Queens Hosts Distinct Versions of ‘The Gift of the Magi’ 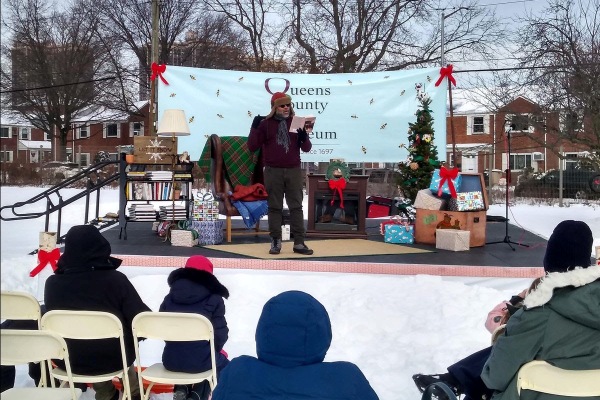 Here’s the gift that keeps on giving.

The first one is composer Peter Ekstrom’s musical adaptation that Queens Opera Theatre will present four times – Dec. 10 at 7, Dec. 11 at 3 pm and 7 pm, and Dec. 12 at 3 pm – at the Astoria Performing Arts Center.

Jay Lucas Chacon, a baritone, and Heather Petruzelli, soprano, will perform this operetta with piano accompaniment by Konstantza Chernov.

The second one is an outdoor reading of a theatrical adaptation at Queens County Farm Museum on Sunday, Dec. 19, at 1 pm.

Kevin R. Free will bring this tale to life en plein air in a three-acre pasture. An accomplished voice actor who has won the Audie Award and Earphones Awards several times in his 21 years as an audiobook narrator, Free did this show last December at farm, whose entrance is 73-50 Little Neck Pkwy. in Glen Oaks.

Attendance is free, but advanced registration is requested. The pasture was covered in snow during last year’s reading, so warm clothing and blankets are strongly suggested. Plus, local food vendors will serve hot chocolate and treats nearby. (The Farm Store will sell holiday gifts, Christmas trees, and poinsettias, too.)

Written by William Sydney Porter under the alias of “O. Henry,” The Gift of the Magi was first published in “The New York Sunday World” on Dec. 10, 1905. The 2,163-word fable explores the meaning of Christmas with underlying themes of generosity, love, and poverty.

Dell and Jim Young are newlyweds with little money. With Christmas approaching, Della cuts and sells her long, flowing, enviable hair so she can buy Jim a platinum fob chain for his only valuable possession, a watch. Meanwhile, Jim sells his watch so he can buy Della combs for her lovely locks.

The protagonists soon realize that each has given – and received – an unusable present. However, they have learned two golden rules to happiness: It is greater to give than receive and it’s the thought that counts.

Manhattan’s Pete’s Tavern and the Queens Public Library are co-sponsors of this event. Henry (or Porter) allegedly wrote The Gift of the Magi at the Greenwich Village establishment, which lies within the Gramercy Park Historic District. 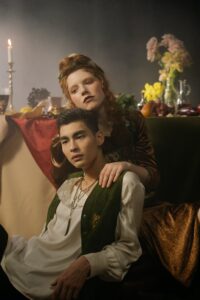