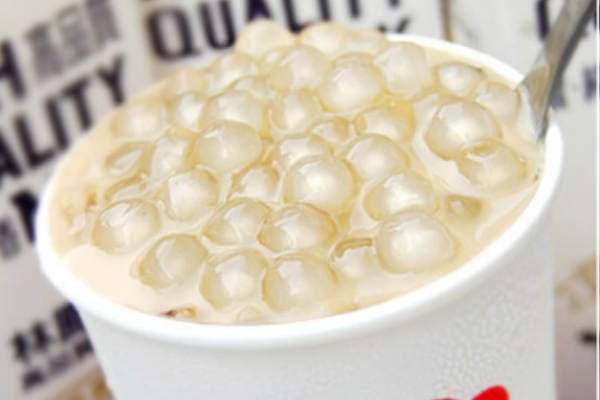 As the Asian and Gen Z populations grow in Queens, so does the popularity of bubble tea and its surrounding culture. Look no future than Flushing, which has three Starbucks outlets but several dozen shops that sell this emerging beverage in an ever-increasing number of variations.

Learn more about this culinary-and-cultural phenomenon’s history, evolution, and modern-day popularity via Immigrant Bubbles, which Queens Historical Society is streaming until Dec. 31.

Curated by Yuwen Huyan and designed by Aliana Prior with funding from Con Edison, this virtual exhibition uses text and images to explore this global product from a local angle. Audiences learn everything from marketing secrets to how to make tapioca balls and aloe-grass jelly.

Bubble tea – also known as “boba” and “pearl milk” – originated in Taiwan in the 1980s and hit menus in the 1990s, according to the exhibition. Versions vary, but the main general ingredients are tea, milk, sweetener, foam (cheese), and little tapioca spheres.

The success lies in the tapioca. The boiled balls must have the proper texture, taste, chewiness, and even sliminess (so they don’t stick to each other). And the key relates to the amount of water and heat during preparation.

One of the biggest companies is Coco Fresh Tea and Juice, which began on Flushing’s Main Street in 2015 and currently has 16 locations in the New York City area. Other big brands are Gong Cha, Kung Fu, Moge Tea, Teazzi, and Yifang.

Bubble tea’s history is not very different from other major products. It runs from discovery to popularity to mass distribution to new-but-related products with some court cases along the way. 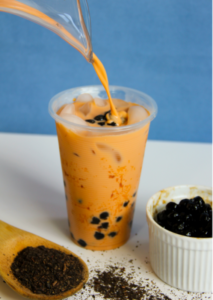