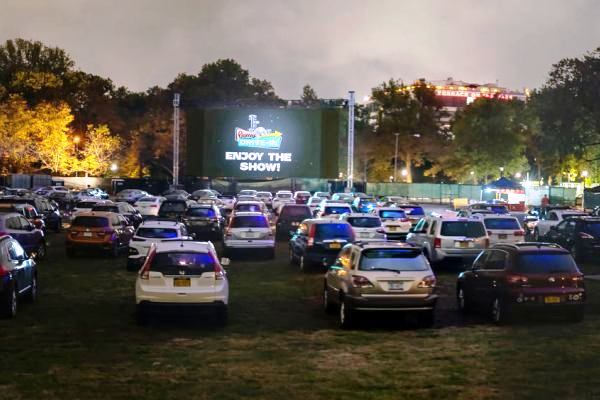 Queens Drive-In, which presented more than 80 film-and-entertainment events at the New York Hall of Science in 2020, has returned to the same 200-car parking lot this year.

The sessions will show everything from premieres to classics to documentaries in high-quality DCP projection. The starting times range from 6 pm to 7 pm, and the entrance to the Hall of Science parking lot is at 47-01 111th St.

Here’s the schedule, which is constantly being updated as information becomes available.

April 30, Gravity + Short Films, 7 pm. Alfonso Cuarón’s outer-space adventure, introduced by a physician who specializes in the effects of social isolation on the brain, and some shorts.

May 1, Willy Wonka & the Chocolate Factory, 7 pm. Gene Wilder stars in this enduring musical fantasy about a candy king who lives hidden away from the world in his marvelous and mysterious chocolate factory.

May 2, Groundhog Day, 7 pm. Bill Murray puts in a great performance as a television weatherman in this circular comedy.

May 8, Godzilla + King Kong, 7 pm. Hang out with the original monsters, decades before they went head-to-head.

May 13, 28 Days Later + The Polio Crusade, 7 pm. Danny Boyle’s groundbreaking zombie film after an introduction by infectious disease epidemiologist Caitlin Rivers about how quickly viruses can spread and the importance of interventions like vaccines.

May 14, Fist of Fury + Lady Snowblood, 7 pm. Cornerstones of the martial arts genre, these 1970s classics sizzle with ferocious beauty.

Prices are $35 per five-person vehicle and $45 for double features. Part of the ticket sales will support Plaza Del Sol Family Health Center in Corona.

The Queens Drive-In is organized via a partnership with the Museum of the Moving Image, Rooftop Films, the Hall of Science, and Queens Borough President Donovan Richards Jr. 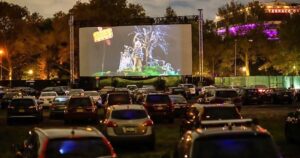