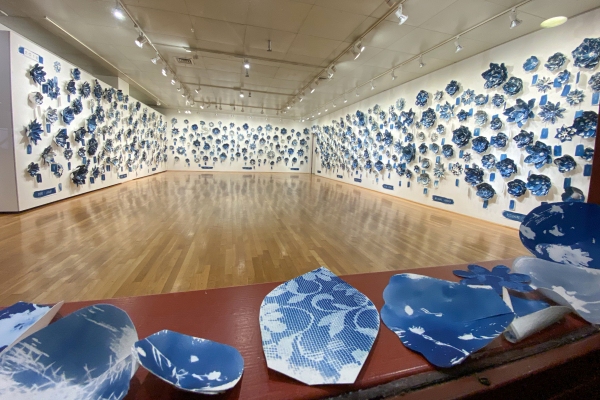 Bellerose resident Natali Bravo-Barbee is a photographer who combines digital, analog, and alternative image-creating processes to retain and interpret memories.

With support from Queens Council on the Arts, she has been working on Flores de Femicidio, a project that involved researching femicides in her native Argentina. She found records that 327 women were murdered by men in the South American country in 2019.

In an effort to memorialize the victims, Bravo-Barbee created an archive for each one that includes media stories and other tidbits found on social media. Then once she gained an understanding of each woman’s history, she handcrafted a unique 3D cyanotype flower using a camera-less process that incorporates shadow images. She completed each blue and white piece by attaching a hanging tag listing the victim’s name in a nod to the ancient tradition of placing flowers at graves.

“When someone says ‘327,’ that is just a number that one may or may not be able to imagine,” states Bravo-Barbee, who holds an MFA from City College. “When one stands in a room with all these flowers, the overwhelming number of them has an impact when a life, a person, a woman is associated with each.”

The York College Fine Arts Gallery is located at 94-20 Guy R Brewer Blvd. in Jamaica. Always free, the hours of operation are from 10 am to 4 pm on Monday through Friday. Currently, proof of vaccination is required.

A South East Queens Artist Alliance member since 2017, Bravo-Barbee has exhibited her work around the borough, including at Queens Botanical Garden. 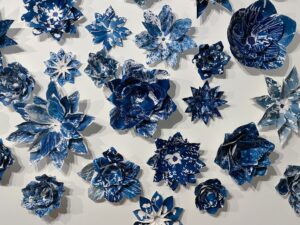