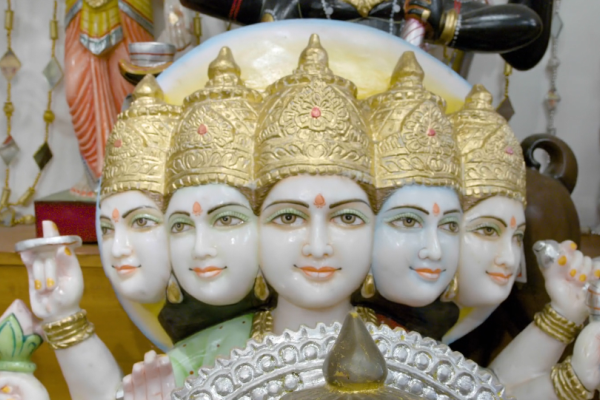 Queens Economic Development Corporation recently released We Are Richmond Hill as part of its AvenueNYC program that’s funded by the NYC Department of Small Business Services.

Narrated by food writer/tour guide Joe DiStefano, the almost five-minute documentary looks at commercial, cultural, and culinary wonders of the bustling central Queens neighborhood that’s going through a major Renaissance, thanks in large part to immigrants from Guyana, India, Bangladesh, and Pakistan who have settled there over the past decades.

Filmmaker Devin T. Klos mixes candid images of local streets with interviews of small business owners who discuss their shops and reasons why they love Richmond Hill in a variety of accents hailing from the Southeast Asia Subcontinent and its Diaspora.

“This is the best place to be outside of Guyana for all of your wonderful West Indian foods, culture, religion, clothing, and so much more,” says Lakshmee Singh, host of the West Indian-focused TV variety show Let’s Talk With Lakshmee, at the onset.

In the next sequence, Guyana-born Viburt “Cooky” Bernard talks about Liberty Avenue’s Sybil’s Bakery, which his mother and he have run since 1976. As the camera rolls through displays of West Indian delicacies, he talks about his chefs and love of Richmond Hill.

Viewers meet another Guyanese immigrant, Dave Kadarnauth, who’s sitting with a Pepper Shrimp Fried Rice dish, the most popular item at his 101st Avenue restaurant, The Nest. Then it’s on to the first-generation owners of a store that sells Hindu religious items, a music-video shop, an herbal beauty salon, an Indian fashion house, a family-owned restaurant specializing in pan-West Indian fare, a bakery, and a Sikh house of worship and community center where the ancient martial art Gatka is still practiced.

All the subjects praise the neighborhood — especially its people and vibrancy — and mention other local stores where they like to shop. Then as a few more images splash across the screen and tabla music spices the background, DiStefano signs off by saying: “It’s a place where the American Dream is alive and well.”

With help from the restaurant-promoting nonprofit Queens Together, QEDC produced the video as part of the Richmond Hill Revitalization program.

“We did this to showcase the businesses and community that make ‘Little Guyana’ [Liberty Avenue] and ‘Punjab Way’ [101st Avenue],” said QEDC Program Manager Sam Smouha, referring to recent street-renaming ceremonies led by the Mayor’s Office. “I hope people will come to support these businesses as they recover from the pandemic and visit an exciting neighborhood with some of the best food in the city.”

In early 2021, QEDC released a Commercial District Needs Assessment of the two most vibrant local shopping thoroughfares ─ Liberty Avenue and 101st Avenue between the Van Wyck Expressway and Woodhaven Boulevard ─ and made suggestions on improving commerce there. Click here for more information.