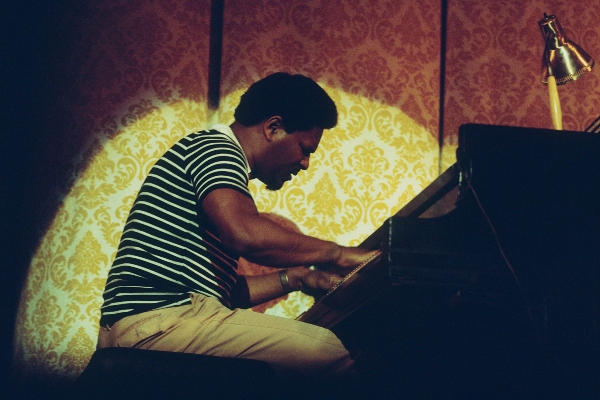 Queens is the Jazz Mecca.

Louis Armstrong lived in the borough. So did Count Basie, Ella Fitzgerald, and Dizzy Gillespie. And that’s just the tip of the list, which includes one of the genre’s most unsung heroes: Alfred McCoy Tyner (above).

The pianist won five Grammy Awards, a 2002 NEA Jazz Master, and an Honorary Doctorate from Berklee College of Music over his roughly 70-year career. Learn more by surfing to McCoy Tyner: The Springfield Gardens Years on the Queens Historical Society’s website.

Co-curated by historian Daniela Addamo and musician Alexandre Madeline, this recently unveiled exhibition mixes text and images to tell the story of the pianist’s life, his creations, his background, and his achievements.

Tyner (1938-2020) made it big as a member of the John Coltrane Quartet (aka The Classic Quartet) in the 1960s. With sophisticated chord structures and an explosively percussive left hand, Tyner transcended conventional styles, adding deep resonance, rhythmic interpretation, and a hammering attack to jazz piano. After working with Coltrane (a Queens guy, too), Tyner released several solo albums, started his own ensemble, joined big bands, experimented with the flute, and did just about everything else a musician can do professionally.

McCoy Tyner: The Springfield Gardens Years also informs on the Saint Albans Greatest: They All Lived Here Mural (below), which has been on display under a Long Island Railroad trestle on Linden Boulevard since 1983. Painted by Joe Stephenson, it depicts some of the musical legends who lived in Southeast Queens along with famous local athletes such as Jackie Robinson and Tommy “Hurricane” Jackson, a boxer. 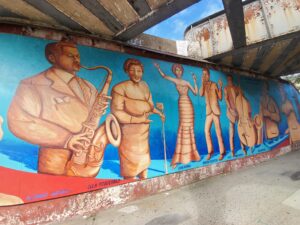