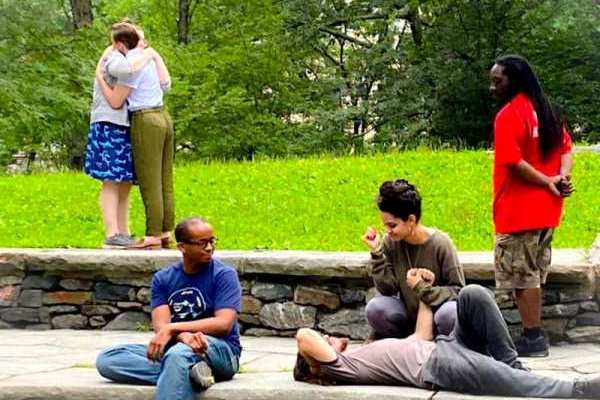 What’s a typical day in Queens?

A new poetic prose play ponders this question, and it’s about to hit stages in Astoria, Long Island City, Sunnyside, and Woodside between July 30 and Aug. 14. (Brooklyn and Manhattan, too.)

Directed by Bryna Kearney, Under Woodside feels like a long-awaited, post-Covid group hug. It strives to capture NYC’s flavor in a way that resonates with natives, transplants, and vacationers.

To begin at the beginning:

It is fall moonless night in the big city, starless and uncharged

black, the asphalt streets whisper and the hunched, beggars –

and – teens shuffle invisible down to the fast packed, fast

packed, cram packed, swaying cars of the seven line. The

apartments are as nosey as crones (though crones nose

not to-night from their frosty, window ledges) or nosey as

tower, the shops in take down, the Medicaid Office in the

peaky projects. All the people of the wound and spent city

“Dylan Thomas’s Under Milk Wood marinated in my mind for over a decade and when the pandemic hit, and I could no longer leave my apartment, memories of my neighborhood bubbled,” stated Lavallee. “Thomas’s style became a framework to describe my city: the way the air chills at night, the sound of dishes clattering in restaurants, how other people walk and move on their way to work. Under Woodside became my pandemic baby, a way to be in the world I missed so much, inaccessible though it was outside my door. I attempt to capture the beauty of the efforts, little and large, people put into living.”

Editor’s note: For those who can’t get to Queens, Under Woodside will also show at Central Park’s Summit Rock, enter at W. 81st Street, on Saturday, Aug. 7, at 6:30 pm, and McCarren Park’s Bedford Lawn, Bedford Avenue and Lorimer Street in Brooklyn, on Friday, Aug. 13, at 6:30 pm. 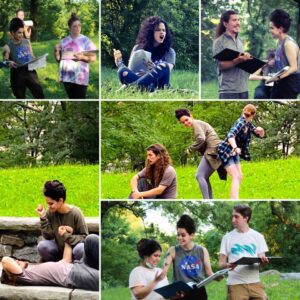