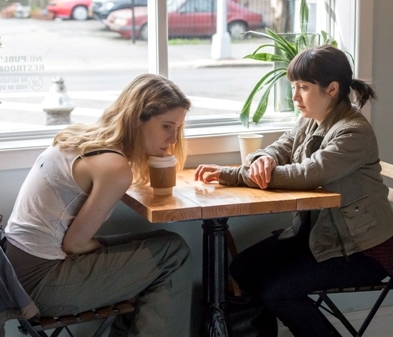 The Museum of the Moving Image will stream “Fourteen” from Wednesday, May 20, until Sunday, June 7. Access to the viewing link costs $12 with the proceeds directly supporting the cultural venue located in Astoria’s Kaufman Arts District.

The 94-minute chick flick focuses on Mara and Jo, two New York City professionals who have been close friends since middle school. Mara, who is played by Tallie Medel (“The Unspeakable Act,” “Notes On An Appearance”), is a fiction writer at heart who takes teacher aide jobs while trying to land a permanent position in an elementary school. Jo (Norma Kuhling from NBC’s “Chicago Med”) is a social worker.

Quiet but stable, Mara moves forward over the drama’s 10-year scope. She ends up in a long-term relationship with Adam, a mild-mannered software developer. Meanwhile, Jo falls apart. She’s socially charming but unreliable, losing jobs and rifling through brief, intense relationships with men. Sometimes it appears that Jo has a substance abuse problem, but other times it looks like she has mental health issues.

Mara supports Jo as always, but at one juncture she starts establishing boundaries. A bittersweet breakup ensues, demonstrating that a platonic relationship can be as complex and painful as a romantic one.