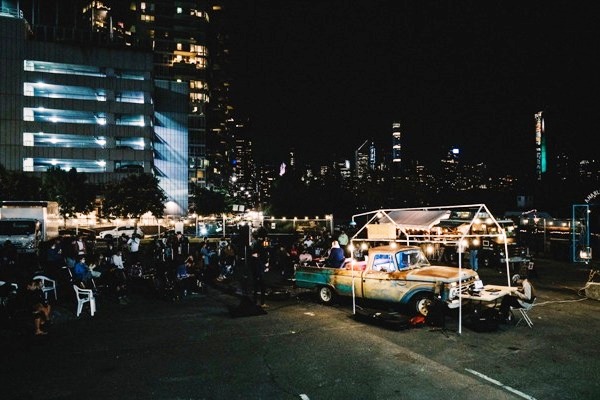 Culture Lab LIC kicks off its free outdoor concert series with a huge night of entertainment on Saturday, April 30.

The band Affinity warms up the crowd with Funk, Jazz, and Soul at 5 pm. Then Tilted Axes — which consists of guitarists and percussionists who march around with mini-amps strapped over their shoulders — take the stage after touring the streets of Long Island City. Led by post-rock composer/performer Patrick Grant, this ensemble does an untethered repertoire that mixes strict rhythmic and harmonic rules with improvisation.

At 7:30 pm, Vin Scialla and the Brooklyn Raga Massive play original music inspired by the works of John McLaughlin, while revisiting selections from legendary Mahavishnu and Shakti albums of the 1970s and beyond.

After they finish, the beat goes on…for several months.

In the short term, Brawlik gets the joint jumping on May 1. Punk, Cabaret, Blues, Indie, Prog Rock, Klezmer, and more follow.

That’s a lot of music, but the calendar includes visual art, comedy (next standup on April 23), drama, and other art forms.

An LIC-Artists show opens on April 30.

Based in The Plaxall Gallery with an entrance at 5-25 46th Ave., Culture Lab LIC encompasses an 18,000-square-foot outdoor event space along with a converted warehouse that boasts three art galleries, a 90-seat theater, a classroom, and music studio. 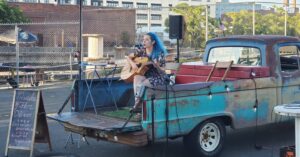