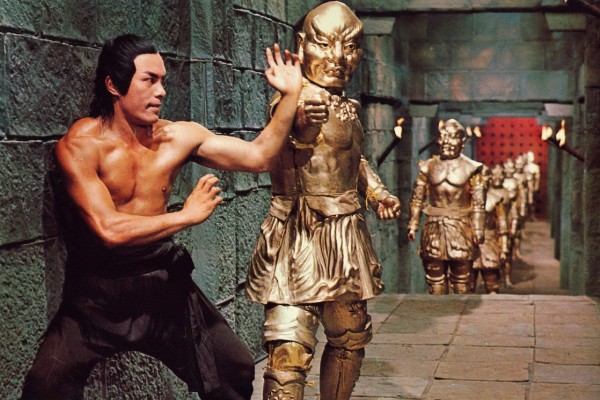 A martial art that dates to the seventh century is about to kick it in Queens.

Now in its ninth edition, this year’s Old School Kung Fu Fest focuses on Taiwanese independent director, writer, and producer Joseph Kuo, whose Hong Hwa International Films company was famous for delivering maximum impact on minimum budgets. It was also prolific, churning out several dozen films, mostly during the 1970s and 1980s. (You know, the period when fashion was full of polyester and big hair and huge karate fights were the rage on Saturday morning television.)

Let’s begin with the in-person movies.

The 36 Deadly Styles goes first on Dec. 10 at 7 pm. This 1979 B-list classic opens during a fight, followed by a chase and flashbacks. Two rival clans go at it, murdering, seeking revenge, and wearing colorful wigs on the way to a climactic melee.

18 Bronzmen is second on Dec. 11 at 1 pm. Also from 1976, this piece gives audiences a look at the ongoing power struggle between the Qing and Ming dynasties from the Qing perspective.

Then, Return of the 18 Bronzemen screens at 4 pm on the same day. Also from 1976, this one offers the Ming side.

7 Grandmasters shows on Dec. 12 at 1 pm. To save money, this 1977 grindfest was mostly shot outdoors with rented costumes and wigs that didn’t fit. The protagonist and his entourage wander the countryside, fighting every master they can find, to prove he is the best fighter in the land.

Another grindfest, Mystery of Chess Boxing, is on the same day at 4:15 pm. From 1979, this movie stars a young, bullied nerd who enters a kung fu school. The audience then learns how kitchen work and chess can enhance this martial art.

General admission is $15 for each film.

The virtual part of Old School Kung Fu Fest will be available on demand between Dec. 6 and Dec. 13. Films are in Mandarin with English subtitles. Here’s a primer.

Shaolin Kung Fu (1974). A rickshaw driver promises his blind wife he won’t fight anymore. Then a rival rickshaw company steals his fares, bullies a youth selling hard-boiled eggs, and kidnaps his wife. Of course, a series of escalating brawls break out, leading to a torture-filled climax.

Shaolin Kids (1975). Based on real life events, this tale depicts the brutality that occurred during a power battle during the early Ming Dynasty that lead to the massacre of an estimated 30,000 people.

World of the Drunken Master (1979). A tribute to the recently deceased actor Simon Yuen, who had played kung fu master Beggar So in many movies, this action-packed film features acrobatic moves and relentless intensity. Yuen’s son, Cheung-yan, did the choreography.

The prices and links to these movies hadn’t been released when this post went public.

Kung fu has many forms, but the term generally refers to Chinese martial arts that require patience, energy, commitment, skill, and time to master. Its literal translation from Cantonese is “bitter work.” 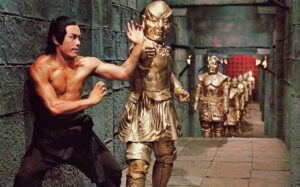