#InTheLoop | It’s All Happening at the (Queens) Zoo! 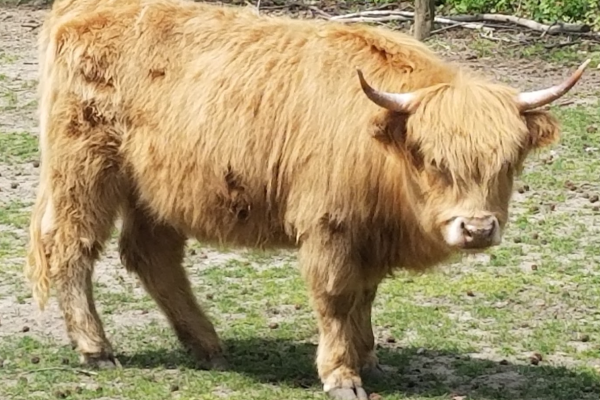 Have you seen a Cattle Egret lately? How about a Flemish Giant Rabbit? A Roosevelt Elk? A Canadian Lynx?

Spread out over 18 acres in Flushing Meadows Corona Park, Queens Zoo boasts an Aviary, a Bison Range, a Domestic Animal Area, a Sea Lion Pool, and a Waterfowl Marsh.

There really is something for everyone. For history and architecture lovers, the landmark opened in 1968 on a former site of the 1964 World’s Fair. The Aviary is a geodesic dome with a spiral walkway designed by Buckminster Fuller that served as an indoor assembly hall during the Fair. The Gates of Life at the main entrance is an ornamental bronze sculpture by Italian artist Albino Manca, who also created the East Coast Memorial in Battery Park. It features animal motifs with three levels adorned with aquatic plants, marine life, and terrestrial plants on each one.

Queens Zoo is family-friendly, too, thanks in part to the farmyard, which is home to rare breeds such as Jacob’s Four-Horned Sheep, Belted Galloway (aka Oreo) Cows, and the previously mentioned Flemish Rabbits.

For do-gooders, Queens Zoo has an extra mission to preserve nature. Employees have bred and released more than 4,000 Puerto Rican crested toad tadpoles over the past five years. They also bred and introduced New England Cottontail Rabbits into suitable habitats after the loss of dense thickets threatened their existence.

Then of course, there’s the four-row carousel just outside the main entrance. Built for the 1964 World’s Fair, it has 64 jumping horses, seven standing horses, a lion, and a few chariots when at full steam. 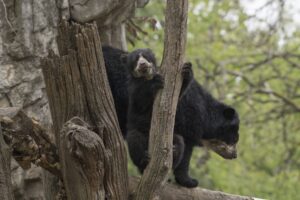