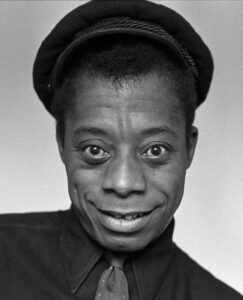 Though he never received a Nobel Literature Prize, James Baldwin won just about every other high honor in the book world, including Guggenheim and MacDowell Fellowships and the George Polk Memorial, Foreign Drama Critics, and Eugene F. Saxton Memorial Trust Awards.

The prolific author and playwright’s work will be the main focus when the Jamaica Center for Arts & Learning kicks off the Free Online Reading & Discussion Series with the theme “James Baldwin’s America” on Tuesday, Sept. 15, at 7 pm. The program will then continue with four monthly sessions on Tuesdays at 7 pm through December.

The guidelines are simple. Prior to each session, participants receive a series of thematically linked texts in PDF format. Then, Iyvon Edebiri, a theater producer, company manager, dramaturg, and scholar, will lead 90-minute conversations on them via Zoom. Nigeria-born but Brooklyn-based, Edebiri received the 2019 Mark O’Donnell Prize from The Actors Fund and Playwrights Horizons for emerging, anomalous thespians. She also co-founded the radio-play podcast series “The Parsnip Ship.”

The series commemorates the 60th anniversary of Baldwin’s groundbreaking “Notes of a Native Son,” a collection of 10 essays tackling the issue of race in the United States and Europe. His other impactful, well-read works include “Good Tell It on the Mountain,” “The Fire Next Time,” and “Giovanni’s Room.” His novel “If Beale Street Could Talk” was adapted into an Oscar-winning film in 2018.

Born in 1924, Baldwin grew up in Harlem. His career took him to Greenwich Village and eventually France, where he died in 1987. 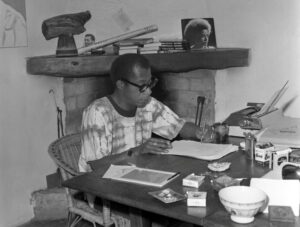