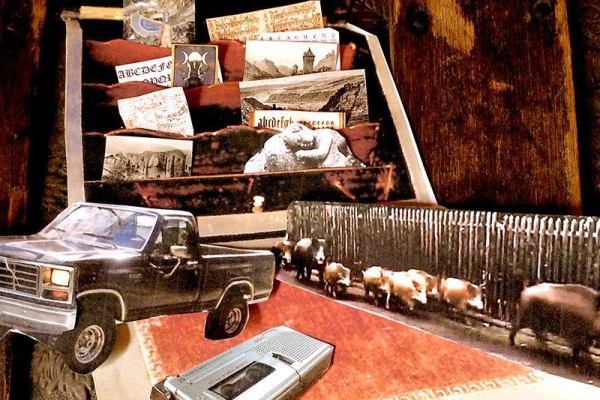 Mary Shelley’s Frankenstein is a horror story about a scientist who creates a sapient human (homo sapien) in his laboratory. It’s loosely based on historical reports of an alchemist who lived in Germany’s Frankenstein Castle and Jewish folktales about a creature called “The Golem.”

The 1818 novel gets a full makeover in The Securely Conferred, Vouchsafed Keepsakes of Maery S, which The Chocolate Factory Theatre and the Abrons Arts Center will stream from Jan. 25 to May 15.

Presented by 7 Daughters of Eve Thtr. & Perf. Co., this radio play follows Shelley, who’s referred to as “Maery S,” after financial, maternal, and familial misfortunes force her to create a literary monster. Of course, she falls in love with her behemoth, who takes on its own life and violent history before it’s “collected” and imprisoned in an art colony.

The play’s four episodes combine literary and dramatic narrative with accounts of Sasquatch encounters culled from the internet. Yes, it’s a bit bizarre…Let’s describe it as “avant-garde.”

Maery S. was written and directed by Sibyl Kempson, whose plays are published by 53rd State Press, PAJ, and PLAY: Journal of Plays. She founded 7 Daughters of Eve at CUNY’s Martin E. Segal Center in 2015.

The dates are still to be announced, but Maery S. will continue as a video series this spring.