#InTheLoop | Documentary on Israel-Palestine Conflict Questions If Seeing Is Believing 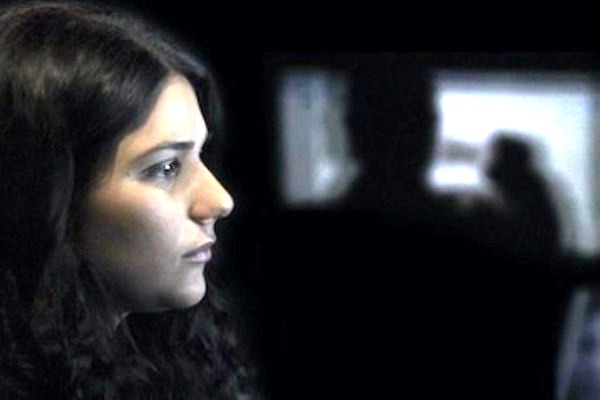 In some ways, The Viewing Booth is living, interactive, thought-provoking art, but in other ways, it’s a Rorschach test.

To create the 73-minute documentary, Director Ra’anan Alexandrowicz invented a teleprompter-like machine that places a camera opposite the moviegoer, who then watches and comments on images from the West Bank. The result makes audiences question what they’re seeing.

The videos, provided by agencies and individuals on both sides of the Palestine-Israel conflict, offer contrasting depictions of life in Hebron, a disputed city that Israel currently administers. The cameras also focus on Maia Levy, a young Jewish-American woman who reacts to the film in ways that are compelling, disconcerting, thoughtful, and unpredictable.

Levy is a Zionist, but she sees images that contradict her ideology. She gets mad. She feels embarrassed. She sympathizes with the Palestinians.

The Viewing Booth will screen 10 times at the Museum of the Moving Image from Friday, Aug. 6, through Sunday, Aug. 15. General admission is $15 with discounts for seniors, students, and youth.

Alexandrowicz, who was born in  Jerusalem, will chat film critic Alissa Wilkinson as part of the program on Aug. 6.

Alexandrowicz and Levy will be on site for the 5 pm session on Aug. 8.

Alexandrowicz will be in person on Aug. 13 at 5:30 pm. Plus, one of his other documentaries, The Law in These Parts, will make it a double feature. This 101-minute film features candid interviews with Israeli judges, prosecutors, and legal advisors about jurisprudence in the West Bank and Gaza Strip.

Museum of the Moving Image is located at 36-01 35th Ave. in Astoria’s Kaufman Arts District. 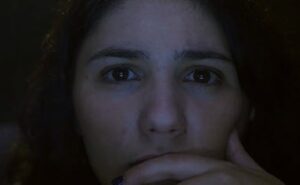