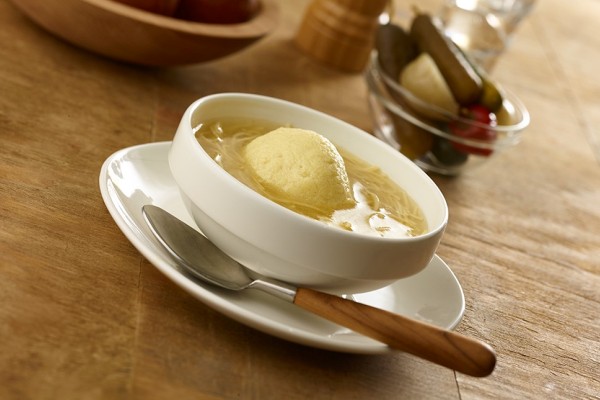 Maria Lisella is the official Queens Poet Laureate and a 2020 Academy of American Poets Fellow. The Astoria resident is also a travel/food writer who recently published a New York City delicatessen guide that included the iconic Ben’s Kosher in Bayside and the fabulous Dave & Tony Salumeria and Sorriso Italian Pork Store in Astoria.

Poor Maria. She had to include delis in the other boroughs so she couldn’t dedicate the entire article to her home borough — where the world’s best food is served. So we stepped in. Here are 17 more delis for a Top 20 list of great local places to enjoy Chopped Liver, Corned Beef, Cured Pickles, Knishes, Kreplach, Latkas, Matzoh Ball Soup, Pastrami, and Stuffed Cabbage. Wash it all down with some Celery Soda or an Egg Cream.

Andy’s in Middle Village. German style with homemade salads and home-cooked meats. Sandwiches include The Plumbers Helper, The Juniper Park, and Smokin’ Gus.

Benateri’s in College Point. The owner has been in the business since age 12. Signature creations include The Guido, Con Edison’s Finest, and The Cumare, which means “second mother” in NYC-Italian slang.

Cheburechnaya in Rego Park. A hotspot for natives of former Russian states who keep Kosher and love red beet borscht and piroshky dumplings. The house specialty is chebureki, a fried dough pocket that usually explodes with cabbage and lamb.

Cherry Valley in Whitestone. Four brothers – Danny, Joe, Max, and Tony – have been running this establishment for more than 30 years. Dishes include Coyote Hero, Beast Roll, and Z-Zoo.

Cuisine by Claudette in two Rockaway neighborhoods. Claudette has lived in France, Israel, Morocco, and NYC and she can do it all. Hummus. Babaganoush. Banana Pudding. Shawarma. There’s a serious health food vibe, too, with bowls, juices, and homemade kombucha.

Douglaston. German style place that’s been operating since 1969. Cole slaw, macaroni, and potato salad are the bread and butter.

Fresco in LIC. The big sandwiches are the OMGG (Oh My Greek God) and Santorini.

K&L in Jackson Heights. The Pastrami Melt, Suicide Squeeze, and Lucky’s Usual are worth consideration. 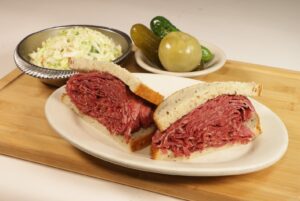