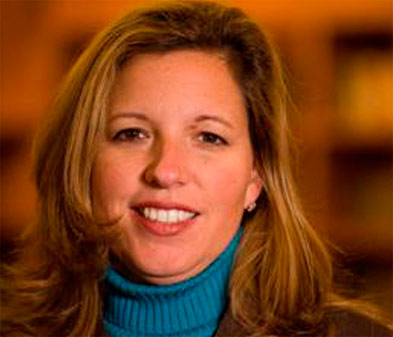 There are some great Italian restaurants in Queens, like L’Italiano Trattoria in Bayside (Bell Boulevard and Horace Harding Expressway), a family-oriented Italian eatery. Grace Lupo, chef and owner, makes everything from scratch, including homemade pastas and biscottis and authentic Sicilian style cooking just like Grandma’s. It is all made to order and worth the extra wait. Her son, Vincenzo, is in charge of the front of the house, and makes a mean cappuccino and pizza. Grace and Vinnie welcome you as part of their family. Dazie’s in Sunnyside (Queens Boulevard and 39th Place and 40th Street) has been serving delicious Italian cuisine for more than 38 years. I like to go there on business or on a date because you and your guests can really enjoy the dining experience. A special treat is the romantic piano music played by the former piano man at Ponticellos, Dan Kovich, who is also a professor at St. John’s University. You can listen to Dan on Saturday nights, 7-11 pm. Durso’s is a great Italian gourmet deli in Flushing on the corner of Utopia Parkway and Crocheron Avenue. A family-owned shop for more than 49 years, Robert and Jerry make prepared foods, Italian specialties, fresh pastas and much more. If you are cooking for the holidays or super bowl, Durso’s does a superb job catering your party. For Valentine’s Day, I always buy their heart shaped raviolis, which are dyed red with beet juice. It is a nice gift for a loved one. Finally, I will miss two Italian establishments that sadly closed their doors. Trieste (Jackson Heights) and Ponticellos (Astoria) were in business for over 30 years; they will be missed for their family atmosphere, authentic delicious Italian food, and old world charm.

A fun historical place to visit is the Voelker Orth House at (149-19 38th Avenue in Flushing). Conrad Voelker purchased the house in 1899. You can visit the house the way it was restored in 1909. Granddaughter Elisabetha Orth left her estate to establish a museum, which is now a New York City landmark. A plus at the museum is the bird sanctuary and Victorian gardens. Also, you can taste their local honey. It is a beautiful gem in a small corner of Flushing. In the summer, you can attend free concerts. Another hidden gem is the Louis Armstrong House Museum, home to the world famous jazz musician. Satchmo and his wife, Lucille, moved to the property (34-56 107th street in Corona) in 1943 and lived there for the rest of their lives. The house and furnishings are original; guided tours are open to the public and there are summer concerts in the Japanese inspired gardens. A house that you will literally drive right by is the Flushing Meeting House known as the Old Quaker Meeting House (formerly John Bowne House 1661), located on Northern Boulevard and 137th Street in Flushing. It was built in 1694 and acquired by John Bowne and John Rodman. The first recorded meeting there was held on November 24, 1694. It is the oldest place of worship still standing in the city, and still serves its original purpose with meetings of worship every Sunday.

Queens has picturesque and quaint parks that do not make many top ten lists. Bowne Park in Flushing between 29th and 32nd avenues and 15th street is named in honor of Walter Bowne, who served as state senator and as New York City mayor. On my Sunday walks there, I frequently see the older men playing bocce, kids playing in the playground, large remote sailboats racing in the large pond among the ducks and turtles and a free Tai Chi class. The Vanderbilt Motor Parkway (73rd Avenue and 199th Street), also known as the Long Island Motor Parkway, is a bicycle path that was originally America’s first all-elevated road for cars. The beautiful foliage and scenery makes for a peaceful and meditative walk or bicycle ride.

A must visit is the Homestead Gourmet shop in Kew Gardens on Lefferts Boulevard. Near Grenfell Street, it is an old German deli that makes mouth-watering strudel shown in the window. If it is not close to you, then try Andre’s Hungarian Strudel & Pastries in Forest Hills between 67th Street an 67th Road. From strudel to babka, try Richer’s Bakery and Café in Little Neck on Marathon Parkway near 57th Avenue. They make one of the best babkas I’ve ever had, and if babka isn’t your bag, you can still have a bagel and cup of java. Let’s not forget Martha’s Country Bakery, first discovered on Ditmars Boulevard in Astoria and now also in Bayside and Forest Hills. You can go to any location and it will be packed with people on Friday and Saturday nights. It is a great meeting place, and Martha herself is totally hip. I like their babka, napoleon with fresh whipped cream, and red velvet cake. And now we’ve come full circle, ending with an Italian family-owned bakery in Bayside (48th Avenue and Oceania Street). Since 1975, Joe’s Sicilian Bakery has been offering an array of delicious Italian breads and pastries. I love their seeded twisted bread, and their pizza dough makes a great pizza. Their cannolis are to die for. You can also find their Italian cookies in Durso’s and other gourmet shops around town.

Susan Damiani was born and raised in Queens. She is the Director of Gift Planning of St. John’s University where she raises major funds for the school. She is a graduate of SJU’s College of Business Administration. Susan is also a member of the Center for the Women of New York, the National Organization of Italian Women, and her professional organization, Philanthropic-Planning-Group-of-Greater-New-York-PPGGNY.