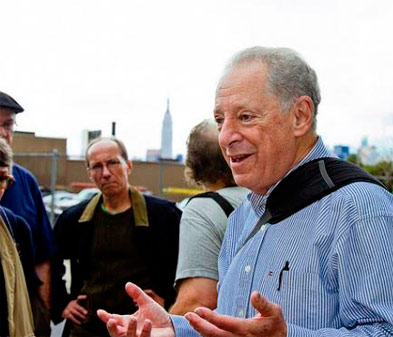 Flushing. You might say: “been, there, done that!” – particularly with the help of this column.

Yet as a native and resident of central Flushing for 37 years, I can assure you that the pace of change continues. Some new eateries, run by second-generation Asian-Americans, have forsaken the retro-décor and traditional food of their parents and opened spiffy new establishments. Biang features lamb-based Xi-an food in a young-modern (read: Williamsburg) atmosphere; T-swirl Crepes is a cute Korean-Japanese creperie offering alternatives to ice cream sundaes. Corner 28, home of the $1 Peking Duck sandwich, moved west on 40th Road, but still serves these goodies, if you fight your way through the mob in the front to the rear counter. In the vicinity of Prince Street and 39th Avenue, including the Hyatt Place hotel and Fulton Square (I’m still mystified by that name!), snazzy new storefronts have been leased to a variety of eateries. Iki (Japanese) has already won praises. Presso (Coffee bar) definitely one-ups Starbucks with patio seating and variety of selections (and filled with Asian youth and their laptops!) North of Northern Boulevard, look for new billiards parlors (with the cheapest happy hours) and Karaoke bars. Then, there is new construction of mega-malls on the former municipal parking lot and the site of the original Flushing Mall. Watch this space in a few years!

Graveyards are not just for Halloween. A number of the borough’s Colonial Era cemeteries survive in key locations. The Lawrence family resting spot in Bayside can be toured with the Bayside Historical Society. The Leverich family burial ground in Jackson Heights is being re-imagined by the Hibridos Collective.The large cemetery adjoining Grace Episcopal Church in Jamaica holds gravestones with the names of many famous families of Long Island. Prospect Cemetery and the Chapel of the Sisters, accessed via York College in Downtown Jamaica, are cared for by the Prospect Cemetery Association. The Brinckerhoff Cemetery in Fresh Meadows received city landmark status in 2012. Unmarked 17th century graves of original Quaker families in Flushing rest behind the Flushing Friends meeting house. In 1847, the Rural Cemetery Act was passed by the New York Legislature. It authorized public burial grounds in rural areas and exempted nonprofit entities from property tax. Large cemeteries like Calvary, Cypress Hills and Mount Olivet were built on tracts of land in Queens less suitable for agriculture. At Montefiore Cemetery in Laurelton, tens of thousands continue to pay annual tribute to the Lubavitcher Rebbe Menachem Schneerson, the beloved Hasidic leader who died in 1994. But of all cemeteries in Queens, Maple Grove in Kew Gardens is the one with the greatest outreach and programming. Friends of Maple Grove, especially historian Carl Ballenas, promote many activities on the burial grounds.

In the 1920s, the current misaligned and oft-maligned numerical Queens grid pattern was imposed over historic village grids and meandering country roads. When I research historic Queens, I like to walk along the latter. Newtown Road (now in segments) and Woodside Avenue connected the Astoria ferry (1830s) with Newtown center (Elmhurst.) Flushing Avenue, Grand Avenue and Corona Avenue are all segments of the colonial road linking the villages of Brooklyn and Flushing. Jamaica Avenue, on the flat land south of the terminal glacial moraine, is the first inland route providing east-west connectivity. Willets Point Boulevard (now in segments) linked the mouth of Flushing Bay with the Willets family farm (now Fort Totten). You should be able to guess the origin of Farmers Boulevard and Rockaway Boulevard in southern Queens!

Back to Flushing. Do you shun dark, cave-like taverns? Let there be light! Three hotels — One Hotel, Parc Hotel and Hyatt Place — all offer rooftop bar/cafes. View the surroundings, watch a sunset, see the night sky and illuminated skyline. All offer happy hours, full bar service, and light meals at moderate prices compared with that other borough to the west.