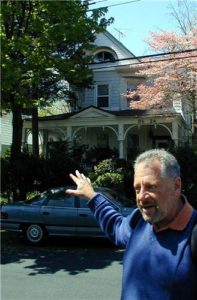 Tour departs outside the restaurant at 6 PM where a $20 fee is collected. The walk includes highlights of downtown Flushing’s burgeoning Chinatown (now NYC’s largest!) with new megamalls under construction, Korean commerce on Union Street and Northern Boulevard ending in the Korean concentration in the Murray Hill area. Participants can return to downtown Flushing by foot or bus or catch an LIRR train direct to Pennsylvania Station. Korean and Chinese restaurant suggestions distributed.

This tour is guided by Queens Borough Historian, Dr. Jack Eichenbaum and is limited to 30 people. You must register in advance by emailing Jack Eichenbaum at jaconet@aol.com. He will confirm or add you on a waiting list.

King Manor’s caretaker and longtime Jamaica resident Roy Fox will lead a walking tour of this beloved neighborhood. Learn about the history of the area from colonial times to the present and how the sites we see today are connected to Rufus King and his family. Some might think King Manor is the coolest place to see in Jamaica, but there’s a lot around here. Join in this Jamaica Walking Tour whether you’re interested in learning more about your neighborhood or just love NYC history. 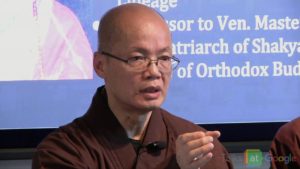 This is a rare opportunity. Master YongHua decided to come to New York City. Join us to learn meditation and listen to his Dharma talk.

After working for the corporate world for decades, he decided to leave the home life to study Chan under Great Master XuanHua in 1995. In 1999, he became fully ordained under Master Mãn Giác. He then went to Taiwan to study Chinese and the Vinaya for two years. He came back to the United States in 2001. He practiced in seclusion until 2005 when he started teaching Chan and accepting disciples. He now devotes his time in propagating Mahayana Pure Land Buddhism and training left home people.

What is Chan Meditation
Chan meditation is the most advanced form of Mahayana Buddhist meditation. We follow the tradition of Wei Yang lineage, one of five Chinese Chan schools transmitted by Grand Dharma Master Hsuan Hua. We adapt Chinese Chan training methods to the Western culture and call it “American Chan”.

Since 2005, students of American Chan from all walks of life and many continents have been improving steadily from beginner to expert levels, thus enabling them to better cope with the increasing complexities and challenges of modern times.

What we’ll do
– We start by greeting and stretching
– Learn sitting posture & several techniques of meditation
– Silent meditation 15~30 mins (We will decide that day)
– Questions and answers, socializing.

What to bring
– Bring your yoga mat or towel.
– Wear comfortably.
– Photo ID.