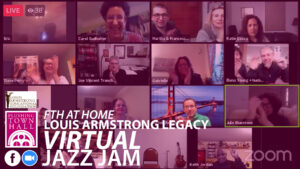 Led by Carol Sudhalter and our wonderful house band, the jam welcomes musicians including our jazz jammers from Queens/Long Island, as well as newcomers from around the world, to share their music, lift our spirits and honor those we have lost.

WATCH ON FACEBOOK AND ZOOM
If you’d like to watch this session LIVE, simply tune in to our Facebook page or ZOOM.
For more information on how to participate and monthly themes, visit: http://www.flushingtownhall.org/virtual-jazz-jam 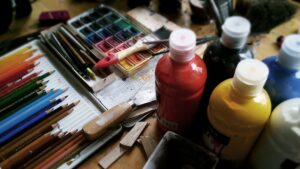 Because it will not be possible to hold an in-person event, Bayside Historical Society’s annual winter art show will move online for 2021. Our 20th Annual Winter Art Show will take place in virtual “galleries” on the BHS website during the month of February 2021. The show is open to artists working in all media who are age 18 and older and live, work or attend school in Queens.

The deadline for submissions is January 10, 2021. For complete details, requirements, and registration materials, visit https://www.baysidehistorical.org/bhs-winter-art-show or call our office at 718-352-1548.

On February 1, 2021, Flushing Town Hall re-opens the community art exhibition and solicits new artwork for the Lunar New Year, once again inviting participants to artistically express the range of emotions they feel as they face the new year. This Lunar New Year is the Year of the Ox— and its associated characteristics of diligence, strength and determination are skills that help build resiliency, allowing us to recover quickly from difficulties.
Flushing Town Hall will begin to accept new artwork to share as part of Call and Response beginning on February 1, 2021. Participants can hang their artwork themselves, or email scans to the institution before and during the Lunar New Year, which is noted for strength and determination. The Lunar New Year – the Year of the Ox – begins on Friday, February 12, 2021.
If participants cannot travel to Flushing Town Hall to hang artwork, they are invited to take a photo or scan of artwork and message, and email scans to education@flushingtownhall.org. Flushing Town Hall staff will print a copy of the work and hang it on our fence. 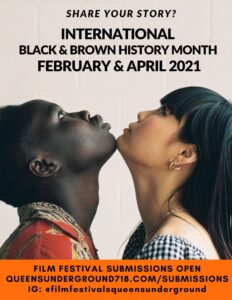 Join us In-Person and/or Virtually for Movies, Music, Dance, Poetry Videos, Web Series Episodes and Business Commercials from around the World!

There’s still time to Submit your Movie, Video, Series Episode or Business Commercial – More Info on the Website below. Perfect to let the world know your still Open, Active and looking for Customers, Followers and/or Connections.

We’re the most fun non-profit group of creatives ever and we love meeting and sharing with new people! 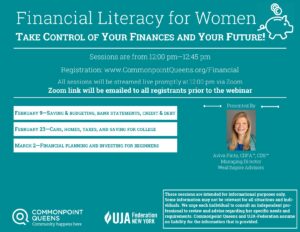 Take control of your finances and your future with our free virtual Know Your Rights and Financial Literacy for Women workshops Tuesdays at noon! 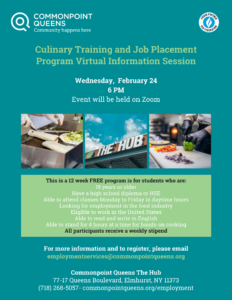 Learn more about our new Culinary Training and Job Placement Program at a virtual information session Wednesday, February 24 at 12 pm.

This is a twelve-week free program held in-person at our Hub in Elmhurst (77-17 Queens Boulevard). The information session will be held over Zoom.

This program is for students who are:

All participants receive a weekly stipend. For more information and to register, please email employmentservices@commonpointqueens.org. 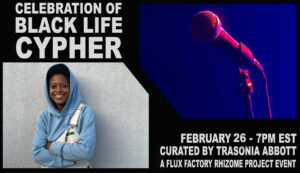 A night of rejoicing in Black resilience and artistry, Flux Factory will be providing a platform for artists to come together to celebrate through art, music and spoken word, in an open mic/cypher hosted by Nonbinary Artist / Poet / Organizer, Trasonia Abbott (@trasonia_abbott).
⁣
This cypher is open to Black artists of all creative backgrounds, once signed up the artist will be given up to 5 minutes to show off the art of their choosing.⁣
⁣
All events are curated by Queens-based artist and activist, Trasonia Abbott⁣ (@trasonia_abbott). Trasonia is a Nonbinary Visual Artist /Poet/ Community Organizer from Richmond, Virginia. They graduated from Pratt Institute in 2020 with a BFA in Creative Writing and a minor in Film and soon after became one of the cofounders of Queens Liberation Project, a mutual aid organization in West Queens. 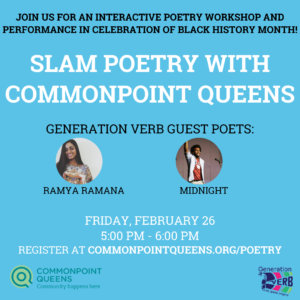 Join Commonpoint Queens and Generation Verb for an interactive virtual poetry workshop and performance in celebration of Black History Month!

Generation Verb Guest Poets Ramya Ramana and Midnight will perform, facilitate writing prompts in breakout rooms, and run an open mic for participants to share what they have written if they wish.

Generation Verb’s mission is using “poetry and art as windows in which we examine culture and contemporary social issues in order to show our students how to write the world in an effort to right the world.”

The workshop is free and participants of all ages are welcome. For more information, please email nelmehdawi@commonpointqueens.org.

Black History Trilogy concludes with “André De Shields is Frederick Douglass: Mine Eyes Have Seen the Glory.” The Tony, Grammy, and Emmy Award Winner and Hadestown star explores the life and achievements of the great emancipator Frederick Douglass.

Frederick Douglass—who began his life as a slave, and through heroic effort, became one of America’s most important and historically influential icons—delivered a keynote address at a commemoration of the signing of the Declaration of Independence on July 5, 1852 at Corinthian Hall in Rochester, New York. In his speech entitled “The Meaning of July Fourth for the Negro,” Douglass asked, “What, to the American slave, is your 4th of July?” On February 26, de Shields will take the audiences back in time to this historic moment. 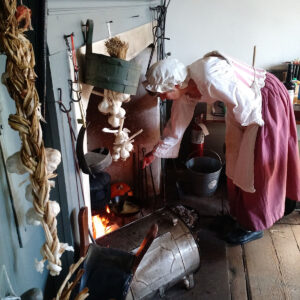 Join us online for a live, virtual cooking demonstration from the kitchen of Queens Farm’s historic farmhouse! Learn how early settlers prepared food using an open hearth. Original 18th-century recipes, seasonal ingredients, traditional cooking utensils, and the warm embers of the fire will bring history to life as participants watch and learn how to make two comforting dishes from another era: Squash Pudding and Carrot Puffs. Participants will receive a supply list and recipes upon registration to participate from their home kitchens.

Instructor Chris Lord-Barry is an educator with over 20 years of experience, who specializes in 18th-century cooking. Over the past 10 years, she has studied historic cookery and early American foodways and loves to share her passion for early American recipes with others.