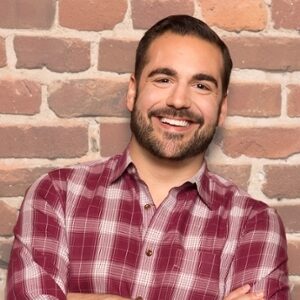 Guaranteed laughs before 5pm! Now you can have your laughs and your early bird dinner too! Cory Kahaney was voted Best Comedian in NYC by Backstage and Best Female Comedian NYC by the Manhattan Association of Cabarets. She appeared in Catskills on Broadway with Freddie Roman, the creator and star of the groundbreaking show, and on TV on The Late Show, American’s Funniest Mom, NBC’s Last Comic Standing and The Apprentice!  Harrison Greenbaum began performing stand-up while studying psychology at Harvard. A summa cum laude graduate, Harrison performs 600 shows a year, and has been seen on NBC’s Last Comic Standing, National Geographic’s Brain Games, and was the warm-up comic for Katie Couric’s daytime talk show on ABC.  Both comedians have the distinction of having been featured on NBC’s America’s Got Talent! Join us! The early bird gets the laughs! $48, $42