Sinatra & Elvis: The Voice & The King! 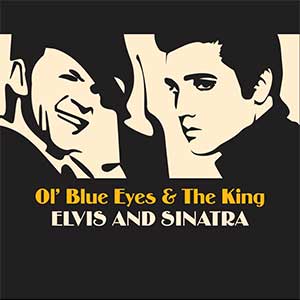 Frank Sinatra and Elvis Presley were arguably the most influential popular music figures of the 20th century. Although some might think of them as competitors, their comparable appeal and cultural influence on America cannot be denied. In fact, they shared many of the same traits, which kept them at the top of the pop charts throughout their careers. Both artists had an undeniable presence, which was beyond imitation, a unique style, natural talent, and sex appeal. Though Sinatra once famously declared that rock n’ roll music was for “goons,” his sexual energy, phrasing and sheer charisma, spawned the bobby soxers who eventually made way for the girls screaming for Elvis. Spend an afternoon delighting in the music of Elvis and Sinatra, sung by vocalists from the Broadway and Cabaret stages. Directed and hosted by Scott Coulter.