Sally of the Sawdust (1925) Film Screening 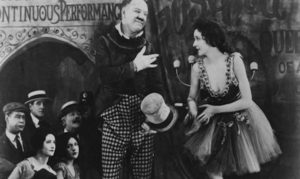 Sally of the Sawdust

When her circus mother dies after being disowned, young Sally (Carol Dempster) is raised by Professor Eustace McGargle (W.C. Fields), a juggler and small-time con man. McGargle trains Sally to dance for his opening act, and the pair joins a carnival based in Green Meadow, CT. Sally’s grandparents, the Fosters, still live in the area, but neither the young girl nor stern Judge Foster (Erville Alderson) and his wife (Effie Shannon) know they are related.