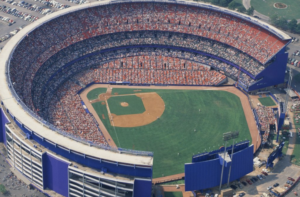 The New York Mets today announced ceremonial details surrounding this Saturday’s 20th-anniversary remembrance of 9/11. The club will wear first responder caps during batting practice and the game on September 11 vs. the Yankees. Caps from the FDNY, NYPD, Port Authority Police Department, Department of Sanitation, and Department of Correction will all be represented to commemorate their bravery and sacrifice.

The two New York managers from the 2001 season will participate in the ceremonial first pitch – Bobby Valentine will throw to Joe Torre. Over 14 former Mets coaches and players from the 2001 team are expected to attend the game, including Hall of Famer Mike Piazza. Piazza hit the go-ahead home run on September 21, 2001 vs. Atlanta at Shea Stadium in what was the first sporting event in New York City following the attacks.

Organizations represented on the field during the 20th Anniversary of 9/11 will be Tuesday’s Children, The Visionary Network from the 9/11 Museum, Answer the Call – New York Police and Fire Widows’ & Children Benefit Fund, which was created by Rusty Staub, The Feel Good Foundation, helping those suffering from 9/11 related illnesses and Mets employees who lost loved ones on 9/11 and those who worked tirelessly at Shea Stadium to aid the support effort.

The Mets are encouraging fans to take mass transit to Citi Field during the entire Yankees series. The Citi Field parking lots will open at 4:10 pm on Saturday and all ballpark gates will open at 5:10 pm.

In addition, the Mets Virtual Vault has an extensive collection of videos, photos and stories over the last 20 years commemorating the team’s connection to 9/11 and can be found at www.metsheritage.com.