Live at the Landing: Tom Shaner 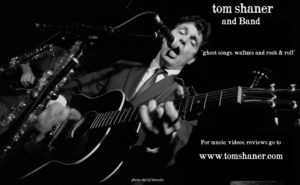 Hunters Point Parks Conservancy, in partnership with Queens Council on the Arts and LIC Landing by COFFEED is proud to present “Live at the Landing,” a summer music series featuring Queens-based musicians from multiple genres, neighborhoods, and backgrounds. On July 11th we present Tom Shaner: Tom Shaner is a critically acclaimed songwriter, producer, performer and video director based in New York City. He calls his music “ghost songs, waltzes and rock and roll.” The music moves from rootsy American rock and roll, with an occasional hint of old blues and country as well more modern rock dynamics. He both produces his records as well as directs and edits his own videos.