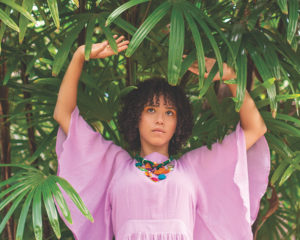 Kaia Kater was born of African-Caribbean descent in Quebec, and her original music is influenced by the Canadian folk music of her parents and the years she studied and performed Appalachian music in West Virginia. Her songs are fueled by her rich low tenor vocals, jazz-influenced instrumentation, and beautifully understated banjo that have landed her in the spotlight around the world, garnering critical acclaim from outlets such as NPR, CBC Radio, and Rolling Stone.