Found In Translation – Home and Away in Chinese Poetry 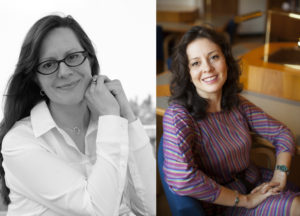 Join researcher and translators Eleanor Goodman and Chloe Garcia Roberts in discussing translated Chinese traditional and contemporary poems in connection to the themes of Home and Migration.

Eleanor Goodman is a Research Associate at the Harvard University Fairbank Center, and spent a year at Peking University on a Fulbright Fellowship. She has been an artist in residence at the American Academy in Rome and was awarded a Henry Luce Translation Fellowship from the Vermont Studio Center. Her first book of translations, Something Crosses My Mind: Selected Poems of Wang Xiaoni (Zephyr Press, 2014) was the recipient of a 2013 PEN/Heim Translation Grant and winner of the 2015 Lucien Stryk Prize. The book was also shortlisted for the International Griffin Prize. Her anthology Iron Moon, a translation of Chinese worker’s poetry (White Pine Press), was released in the spring of 2017, and was longlisted for the Best Translated Book Award of 2018. She is also the translator of The Roots of Wisdom: Poems by Zang Di (Zephyr, 2017) and Days When I Hide My Corpse in a Cardboard Box: Poems of Natalia Chan (Zephyr, 2018). Her first poetry book, Nine Dragon Island (Enclave/Zephyr, 2016), was a finalist for the Drunken Boat First Book Prize.

Chloe Garcia Roberts is also the translator of Li Shangyin’s Derangements of My Contemporaries: Miscellaneous Notes (New Directions), which was awarded a PEN/Heim Translation Fund Grant, as well as Cao Wenxuan’s children’s book, Feather (Archipelago Books/Elsewhere Editions), which was selected as a 2018 Outstanding International Book by the United States Board on Books for Young People (USBBY), and editor and contributing translator of the collected poems of Li Shangyin published in the NYRB Poets series. She is also the author of a book of poetry The Reveal (Noemi Press). Her translations have appeared in the publications BOMB, Boston Review and a A Public Space among others. She lives in Boston and is managing editor at Harvard Review.

Found In Translation is a series of three public events co-curated by Richard Newman in March-May 2019 at the Lewis Latimer House Museum (LLHM) that explores humanities topics and cultural themes of the Spanish, Chinese, and Korean communities and their diasporas. It brings published translators working in the three most common non-English languages spoken in Flushing, Queens to lead readings and discussions with the public. The translators and facilitator will use the selected books to connect to history or current affairs where those languages are spoken and engage the audience in conversations. Topics that the selected works will touch on include “home”, “migration”, and “gentrification”.

Sponsored by a Humanities New York Action Grant. Any views, findings, conclusions or recommendations expressed in this program do not necessarily represent those of the National Endowment for the Humanities.