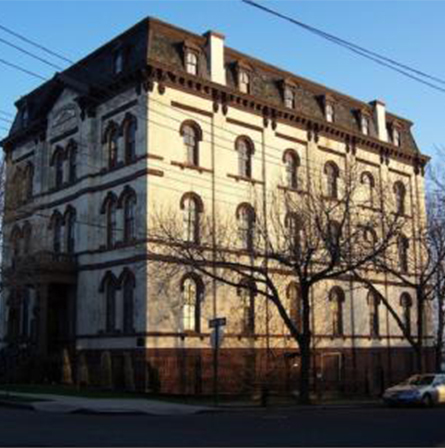 In 1868, Conrad Poppenhusen, an immigrant from Germany’s Hamburg, built the institute with the specific charter that the four-story edifice be used to improve individuals’ job skills or recreational/cultural awareness, regardless of their race, creed or religion. He also developed the nearby roadway that is currently called “College Point Boulevard.”

The institution once housed a courthouse, a bank, the area’s first library, a sheriff’s office (two vacant jail cells are still there), and various singing societies. Nowadays, the site, which obtained landmark status in 1970, houses a community cultural center offering programs such as karate, piano lessons, lectures, workshops, historical exhibits, a summer concert series, and a resident theater company.

Inside scoop: Poppenhusen opened the first free kindergarten in the United States on July 1, 1870.