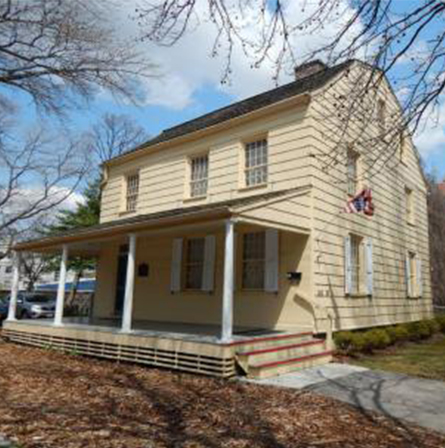 The Kingsland Homestead was built in 1785 by original resident Charles Doughty, the son of a wealthy Quaker. The two-story estate became “Kingsland” after Doughty’s son-in-law Joseph King, a British sea captain, bought the property in 1801.

Kingsland’s first floor includes a 1,350-square-foot space where the society organizes exhibitions and lectures. The second-floor parlor is designed in a Victorian style with lacework and a plethora of items (i.e. notebooks, eyeglasses) that former inhabitants used. The house has a gambrel roof, a crescent-shaped window in a side gable, a Federal-period chimney piece with an iron Franklin stove, and a Dutch-style front door. Shingles fill the exterior, except on the west side, which features flush boarding and clapboards.

The Queens Historical Society is based in the homestead. The society spearheads educational programs, exhibitions, and a research center. It publishes a quarterly newsletter and offers lectures, programs, and slide presentations on subjects relating more than 300 years of history.

Inside scoop: The house is in Weeping Beech Park. About two acres in size, the park featured a 60-foot-high weeping beech from 1847 until 1998. For a long time, the tree had city landmark status and it is believed to be the original source for all weeping beeches in the United States.