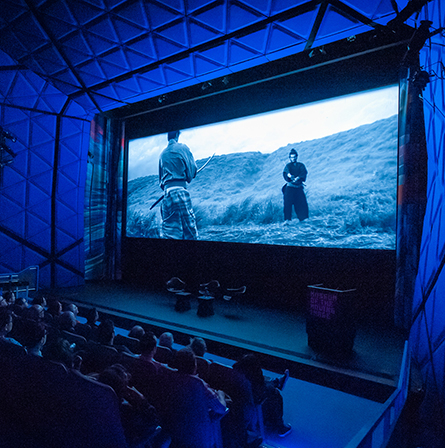 Museum of the Moving Image

The Museum of the Moving Image offers multimedia exhibits on just about every aspect of film, movies, television, internet, cartoons, and even video games. The Sumner M. Redstone Theater and the Celeste and Armand Bartos Screening Room offer retrospectives during which they screen movies with certain themes or stars. Then there are the Pinewood Dialogues, an ongoing series of conversations with Hollywood luminaries such as Martin Scorsese, Daniel Day-Lewis, Forest Whitaker, and Glenn Close.

On permanent display is Behind the Screen, which explains how movies and television shows are created, marketed, and exhibited through interactive software, artifacts, and lighting. The museum also presents changing exhibits, such as the video game heavy Hot Circuits: A Video Arcade (1989).

Inside scoop: The museum is located on the former site of Famous Players-Lasky Studio, where the Marx Brothers filmed many of their movies. In 1942, the United States Signal Corps took it over to make training and propaganda films during World War II. Now, the site is owned by Kaufman Astoria Studios, where such TV shows as Sesame Street and Orange is the New Black are filmed.