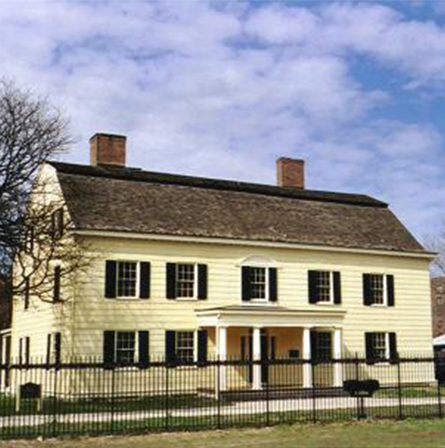 Rufus King (1755-1827) was the youngest signer of the United States Constitution, a senator, an ambassador to Great Britain, and a candidate for president. He was also a leader in the abolition movement who employed and paid African-American workers rather than practice slavery on his farm in Jamaica.

From 1805 to 1896, King and his descendants lived in what is now an 11-acre property called “Rufus King Park.” They raised livestock and sowed wheat, barley, potatoes, corn, strawberries, apples, and peaches. Their three-story, three-chimney mansion with clapboard windows is now a museum, displaying the family’s furniture, glassware, clothes, musical instruments, toys, ceramics, paintings, and prints.